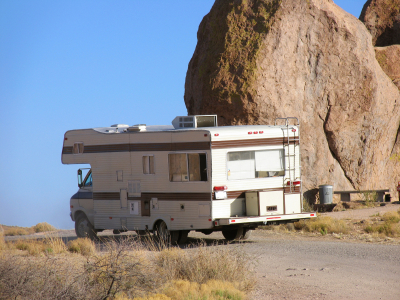 Steeped in the history of the land down under, and sacred to our Indigenous people, it is amust see when visiting Australia's Northern Territory.

Find out more about 'Ayers Rock', this iconic landscape and how to best experience it at NT Tourism.

Challenge your perceptions of Australia's greatest city by experiencing the thrill of scaling the heights. Prepare to be amazed at the views, the sheer scale of the Bridge, and the fascinating history behind one of the Worlds most iconic structures.

As they say on their website 'The #1 unmissable experience of Sydney', Australia.

Access information on the types of climbs, times, prerequisites and cost of this once in a lifetime experience from NSW Tourism.

Driving Tours of the World

If you like driving then maybe some of these tours will get you hungering to get out on the open road, and try something a bit adventurous. We have independently reviewed a selection of great driving tours of the world to get you started. You can take these tours from your 'armchair' or actually plan to do one. See for yourself.

Dubai Dune Driving - Dubai is known for its desert and lots and lots of sand. Dune bashing, or taking a Land Rover into the sand sea for a few hours is exhilarating, as you romp up and down walls of sand like a roller-coaster. The Al Maha Desert Resort and other locations offer this as an activity.

High road to Honduras - Starting in Panama, the route snakes up through Costa Rica, Nicaragua and Honduras to Guatemala. You can loll on some spectacular beaches, watch dolphins, climb a volcano and explore ancient towns and steamy rainforests. In Costa Rica, you can view the Arenal volcano from a hill a few miles away. Watch the red lava bubbling and bathe in the nearby thermal springs. The ruined Mayan city of Copan, Honduras, with its intricately carved altars and temples is spectacular.

Cruise along the Cape - Seeing the wild side of South Africa doesn't just mean going on a safari. You can travel along Route 62 - South Africa's answer to Route 66 - and explore the Western Cape's Winelands, take a detour down the scenic Swartberg Pass, view the hot springs at Montagu.

Australia's open road - The Great Ocean Road between Melbourne and Adelaide may be the best-known route, but the 1,000km coastal drive linking Sydney and Melbourne is offered as an equally scenic alternative. From lakes and rivers to vast national parks, forested mountains, rolling green hills and pretty seaside settlements, this one-week journey is the perfect introduction to the Australian bush, with plenty of time for swimming, surfing and shopping along the way. Wilsons Promontory national park, the southernmost point on the Australian mainland is well worth the drive. Walhalla, once one of Australia's richest towns, now has a population of 15 and is a great place to get to grips with the gold rush.

Blue skies in Mongolia – This 4x4 road trip through Mongolia takes in desert, steppe, forest, mountain trails and lakeside drives. Starting in Ulaan Baatar, the route winds into Siberia via the towering dunes of the Gobi desert, the glacial canyons of Yolyn Am and the "flaming cliffs" of Bayanzag, the Horzo volcano and the Tuvkhun monastery. The scene from your yurt tent by Lake Khovsgol, the deepest lake in Central Asia, surrounded by bear and moose-filled forest is to die for. The ancient capital of Genghis Khan's Mongol empire at Kharakorum is a highlight of the trip.

England's back roads - enjoy the picturesque countryside of England, staying in bed and breakfast and farm stays. Opt for a round trip of England, Wales and Scotland or confine yourself to just one region. Highlights include the Lake district in Cumbria, the White Horse on the hillside at Alton Barnes in Wiltshire, the Yorkshire moors, Snowdonia in Wales and the Scottish Highlands.

Next stop, the Arctic Circle – Driving in the summer to make the most of the midnight sun, start with an overnight stay in Belgium before travelling through Denmark and Sweden, crossing the Baltic to Finland and entering the Arctic Circle at Rovaniemi and doubling back through Norway. The trip includes the North Cape and Polar Ocean, from Honningsvag in Norway. Finland's Santa Claus village is one of the most popular

Fly-drive to the Baltic – This driving tour starts in Vilnius, Lithuania, before heading north to the pretty fishing village of Nida and then along the coast road east into Latvia. Here the route swings by Ventspils and the picturesque windmills and lighthouses of Saaremaa Island, before crossing into Estonia and the coastal town of Haapsalu, with its Railway Museum. Then the tour sets off south again to finish up in the country's lively capital, Tallinn. The windswept sand dunes of the Neringa Spit, and the historic Baltic cities of Vilnius and Tallinn are the biggest attractions, but the abandoned Soviet missile base and its empty rocket silos on Muhu (en route to Estonia) draw the crowds.

The American dream trip - travel from coast-to-coast on the trail of the country's wildest, wackiest and most beautiful attractions. Starting in New York, with a brief diversion to Niagara Falls, head south and west, taking in the Rock and Roll Hall of Fame, Kentucky's Bourbon distilleries, Elvis's Graceland, Amarillo's Cadillac Ranch, the International UFO Museum, Colorado's Mesa Verde National Park, the Grand Canyon and Las Vegas. Finish up in San Francisco by way of Lake Tahoe and Yosemite. Camp at Monument Valley Tribal Park, where you can take a tour with a Navajo guide and gain a unique insight into Native American customs. Sunrise from the Monument Valley campsite, and visiting Rachel, Nevada, the self-styled UFO Capital of the World are a couple of great drives.

Snow-mobile safari - Covering just over 100km a day, the Laurentian Raid, in the Quebec region of Canada, makes for an unusual winter road trip. Stopping at snowmobilers' relay stations, log inns and cottages, the six-night journey crosses a region of spectacular forests and lakes.

Kiwi hike and drive – spend a night at the Franz Josef glacier. The self-drive 4x4 tours start in Auckland, head south to Wellington, via Rotorua with its bubbling mud and Maori feasts. Then it's on to the South Island. Don't miss the stunning helicopter trip (extra) to the glacier.

Easy Guide to being a Nomad

Travel Australia Wide – the Nomads way
It is almost a 'right of passage' to take time off and tour around Australia after the kids have left home (or are in between your house and a flat) and you have a desire to explore your own backyard. Caravan sales have surged in the last 10 years and some people have even invested in a mobile home. Around Australia doesn't necessarily need to be done in one go either. You might decide to do WA and NT one year and QLD and NSW the next.

Travel'n Green is an environmental initiative developed by the Caravan and Camping Industry Association of NSW (CCIA) which aims at informing and educating consumers about ways in which to reduce their eco-footprint to work towards a sustainable future.

Travel - Around the world